Somerset was born into a family with enough court connections to give him opportunities for advancement, which he grabbed with both hands. Competent and skilful as a military leader, he earned Henry VIII’s trust, but not to the extent that Henry wanted him to have the role of Protector – that was a decision that Somerset managed to impose on his fellow-councillors. But Somerset, although great enough to achieve power, did not have the skills to hold it.

Somerset left his childhood home of Wulfhall to join the household of Mary the French Queen. His career took him to France, to Germany, and, most advantageously for himself, if not for the Scots, to invasion of Scotland. He built on his military success to become the highest authority in the land.

Somerset’s greatest success, in his own eyes, was probably his victory over Scotland at the Battle of Pinkie whilst his darkest moment may have been when he was obliged to sign the death warrant for his own brother, Sir Thomas Seymour. At the time, his poor handling of the economic problems raised by enclosure for sheep-farming were pivotal to his downfall.

Somerset has not been the subject of many studies – the most recent is that by Margaret Scard, reviewed here. 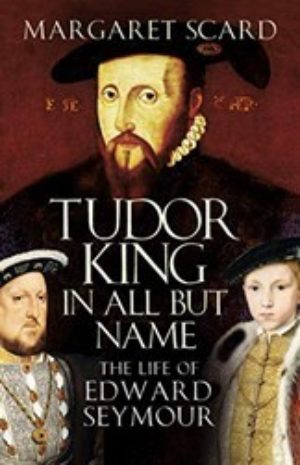 Tudor King in All But Name