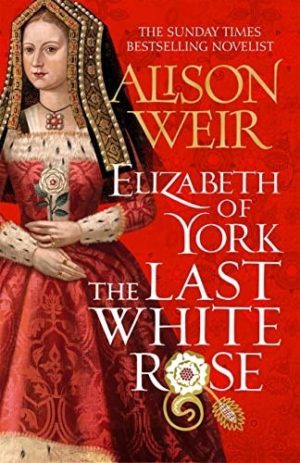 An insight into the mental turmoil that Elizabeth may have suffered – unsure who to trust, when her own family might be her enemies.

In the world of historical fiction, there are different options that writers can take – totally reimagine people and events, to suit the writer’s own narrative arc, and the story the author wants to tell, or adherence to what can be substantiated by contemporary sources. Whilst at first glance the former can give a more satisfactory experience of resolution for the reader, as answers are given to historical unknowns to complete the story, the latter is closer to the reality of life – sometimes, we just don’t know what happened, and, generally, real lives do not follow the arc of a story.

The latter approach is the one taken by Alison Weir in all her works, both fiction and non-fiction – a strict adherence to what can be demonstrated from primary sources might have happened. In the case of her latest novel, this tension between what Elizabeth can know of events not in her direct experience, and what she only suspects or fears, is at the core of the book.

The central mystery, that is never resolved, because it remains uncertain, is the fate of Elizabeth’s brothers, Edward V and Richard, Duke of York. Elizabeth initially wants to think well of her uncle Gloucester, despite her mother, Elizabeth Woodville, having the gravest suspicions of his motives from the outset. But when Gloucester takes the throne as Richard III, Elizabeth realises that he cannot be trusted – until he gives her explanations of events that almost satisfy her….but not quite. Later, new information suggests a quite different fate for the princes.

Elizabeth, as portrayed by Weir, is a woman devoted to her family – her siblings, and later her mother, rely on her for both moral and financial support. Her marriage to Henry VII was solemnised to draw a line under the warring factions of Lancaster and York – but not everyone is happy with the solution. How can Elizabeth reconcile her affection for her wider family with the realisation that her own cousins pose a threat to her children?

Although Elizabeth died at the age of thirty-seven, her life was filled with incident and drama. Weir captures this, and also the complexities of a marriage that was fundamentally happy, but in which the tensions that remain between York and Lancaster profoundly affect Elizabeth’s emotional bond with Henry VII. Elizabeth’s relationship with her mother-in-law and her children is also explored in complex ways.

This is a long book, but in many ways, I wish it were longer, as there is so much emotional depth that Weir only has a chance to indicate, but which her skills as a writer could develop, given a greater word count!

Everyone who has loved Weir’s Six Queens series will gulp this down.