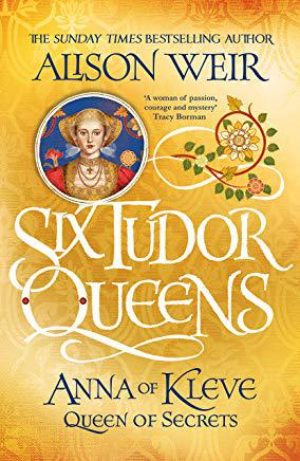 Anne of Cleves has not fared well in the roll-call of Henry VIII’s six wives.  In popular history terms she was an ugly woman, lacking in charm, the “great Flanders mare” who was such a disappointment to Henry that he divorced her within six months of their first meeting.  She was so innocent, or naïve, that she had to be told that merely sharing a bed with the King did not constitute having sexual relations with him.  After the speedy divorce, she largely retired from court life, the discarded wife living out her days as a maiden aunt.

Yet there are glimpses of a different Anne in the historical sources; intriguing hints that she was quite unlike her stereotype.  She is recognised as “the King’s Sister”, with all the respect and authority associated with that role, and subsequently developed a good relationship with Henry, who invited her to visit court in January 1541 and occasionally visited her in the palaces he had granted her. She also remained on good terms with her three stepchildren and rode with Elizabeth in the carriage behind Mary’s at Mary’s coronation.

Somewhat more surprisingly, several different sources refer to statements Henry made repeatedly that Anne did not come to their marriage bed a virgin. There were also rumours of Anne giving birth to one, or possibly even two, children after her divorce, with the suggestion that Henry himself was the father of one of them.  So strong or credible were these rumours, that the they were discussed with Henry himself and investigated by the Privy Council.  Anne’s behaviour generally was the subject of much gossip, in particular her partiality for wine!

In Anna of Kleve: Queen of Secrets, the fourth novel in the Six Tudor Queens series, Alison Weir has taken these hints of a different Anne and created a wonderful alternative story for this little-known of Henry’s wives.  It is a beguiling idea that Anne of Cleves, and her life in England, were radically different from that which we currently know and accept.

This novel contains, perhaps, the most fiction to date in the historical fiction series, and Weir acknowledges that her central storylines may be controversial. I do not want to give too much away but I can say that I thoroughly enjoyed this book. Weir’s Anna is a warm, charming three-dimensional woman and her story is engaging.  I found myself eagerly turning the pages and wanting the story to be true ……..