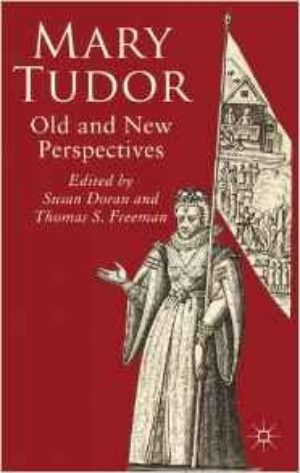 A series of thought-provoking essays which critically examine some of the perceptions about the life and reign of Mary I, England’s first Queen-regnant.

Until the last ten years, almost all accounts of the reign of Mary I have been overwhelmingly negative. Beginning with John Foxe’s Acts and Monuments in the 1570s, analysis has focused largely on the religious persecution of her reign. Even after the worst excesses of Protestant propaganda began to be peeled back in the more moderate accounts of the twentieth century, 'Bloody Mary' has merely been replaced with 'Tragic Mary', brooding bitterly on the wrongs done to her mother. This set of eleven essays makes a refreshing change by focusing on a range of aspects of the Queen’s life and reign and how they were perceived, both at the time and later.

The writers are all academics with impressive qualifications. The editors, Dr Susan Doran and Dr Thomas Freeman (who also each contributed an essay) are Senior Research Fellow at Jesus College, Oxford, and Lecturer at the Faculty of Divinity at Cambridge University, respectively.

The book is divided into two parts – the first contains five essays that focus on the historic perceptions, including by Elizabeth Protestants who saw her as the antichrist, Elizabethan Catholics who perceived her as a saint, the Whig historians of the eighteenth century and a very interesting review of the perceptions of Mary by Jacobean playwrights (much less negative than you might think).

The second section looks at the new analysis and research from the last twenty years. Two related chapters look at Mary’s education in the Humanist fashion of the 1520s, and how this played out in the translation project of Erasmus’ Paraphrases of the Gospels patronised by Mary’s step-mother, Katherine Parr, in which Mary undertook the translation of St John.

An insightful chapter by Thomas Betteridge, Professor of Early Modern English Literature & Drama at Oxford Brookes University, looks at how Mary’s supporters and opponents used her gender as a political weapon, albeit in different ways. Her femininity could be seen as a positive attribute, emphasising the qualities of gentleness and mercy, whilst the individual circumstance of her failure to bear children was used to denigrate her as a woman and a queen.

Two chapters look at Mary’s religious policy – one emphasising the positive aspects of the reintroduction of Catholicism – the patronage of the universities, the insistence on motivated, trained and virtuous parish clergy, the legacy of a reinvigorated musical tradition still a feature of Anglican worship, the other recounting in detail the extent of the religious persecution and the level of Mary’s personal responsibility.

The final chapter, by Dr. Judith M Richards, draws together old and new interpretations of Mary’s life and reign into a coherent whole – balancing the positive and the negative into a rounded portrait which steers a reasoned course between blind polemic accusations against the Queen, and partisan apologia.