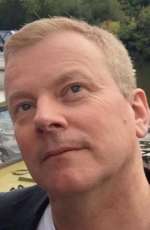 Glenn is Professor of Early Modern History at St Mary’s University, Twickenham. His work concentrates on monarchy as form of government, ideals of princely rule, the royal court and international political and cultural relations between monarchs.

His published works include The Field of Cloth of Gold, Renaissance Monarchy: the reigns of Henry VIII, Francis I and Charles V, ‘Contending Kingdoms’ France and England, 1420-1700 (ed.) and Tudor England and its Neighbours (ed. with Susan Doran).

Glenn's latest book, a biography of Thomas Wolsey, will be published later this year.

On 7 June 1520, King Francis I of France met his English counterpart and rival, King Henry VIII at the beginning of a two-week long encounter that became known as the Field of Cloth of Gold. Each king bought with him an entourage of over 5,000 people. It has since become a byword for extravagant royal display and festivity of a kind rarely seen during the Renaissance, and there has been nothing quite like it ever since. The Field of Cloth of Gold was not a peace conference or summit of leaders in any modern sense. It was a tournament held jointly by the two kings to inaugurate and celebrate an alliance agreed between them in London in October 1518. It took place in what was then English territory called the Pale of Calais, between the English town of Guînes and the town of Ardres, just across the border in France.

Francis I had become king of France on 1 January 1515, succeeding Louis XII. At the time of his death, Louis had been married to Henry VIII’s sister Mary. Their marriage had sealed a Franco-English alliance agreed in the summer of 1514. Francis, who was 20 years old at his accession, felt an immediate rivalry with Henry, his elder by some three years. The king of England had captured Tournai from Louis during a war in 1513, concluded by Louis’s marriage to Mary. Francis wanted to get Tournai back from Henry and so had maintained peace with England at his accession. His real ambition, however, was to make good his own inherited claim to the duchy of Milan. In September 1515, Francis crossed the Alps at the head of a huge army and, at the battle of Marignano, defeated a Swiss mercenary army hired to defend Milan. This victory eclipsed anything Henry had achieved in France. It also disconcerted the third young monarch of the age, Charles of Habsburg, who became king of Spain in 1516, and who himself had a dynastic claim to Milan, as well as many others against Francis.

Charles was Henry’s nephew by marriage, and both sought to constrain Francis in the aftermath of Marignano. Pope Leo X gave them the means to do so when he tried to create a truce among Christian princes following the Ottoman conquest of Persia in 1517. Cardinal Wolsey proposed, rather than a truce, a multilateral peace alliance in which all participants undertook not to attack each other and collectively to punish any who broke the peace. Henry was to arbitrate disputes between them. To some extent, this alliance anticipated modern collective security organisations such as NATO and the United Nations. Yet Wolsey’s primary aim was not so much peace for its own sake, but to turn the papal plan to Henry’s advantage, and to curb his ambitious French rival. Leo X gave disgruntled backing to Wolsey’s grander security scheme, or the Treaty of Universal Peace, as it was eventually agreed in London in October 1518.

To persuade him to join, Henry offered Francis the opportunity to purchase Tournai from him, conditional upon his further agreeing to a specific Franco-English alliance that would confirm the European security pact. Francis had, however, also to increase the annual payments to Henry that the English king regarded as ‘tribute’ for ‘his’ kingdom of France, such as his predecessors Henry VII and Edward IV had enjoyed. From Francis’s point of view this ‘pension’, as he called it, was money well spent insofar as it kept Henry quiet and obligated to him. He had also promised the pope that he would lead a crusade when he had an heir, and in February 1518 the dauphin François was born. His betrothal to Princess Mary, born two years earlier, secured dynastically the Anglo-French alliance. Francis therefore had little choice but to support the international league.

Yet Francis was not simply passively responding to events around him. He may well have been hoping to wrest the leadership of the entire peace and league enterprise from Henry and Wolsey. He had already begun negotiations with the Electors of the German empire to succeed the ailing Holy Roman Emperor, Maximilian. By autumn 1518 when these talks concluded, he had some expectation of success and the prospect of upstaging Henry in due course appealed enormously. Being part of the league was therefore essential.

One of the provisions of the new Anglo-French alliance was that Francis and Henry would meet the following year. Maximilian died in January 1519, necessitating a postponement for the election. Francis was disappointed when, in June and despite his own hopes and plans, Maximilian’s grandson Charles of Spain was elected Emperor. Wolsey’s league now seemed more appealing to Francis who wanted strengthened relations with Henry. For his part, Henry hoped his alliance with Francis would, in turn, emphasise to Charles his own strategic importance and thereby avoid his being side-lined in Europe by either of his rivals. That is why the kings of England and France finally met in 1520 as the ‘good brothers and friends’ that their alliance proclaimed them to be, and as they always thereafter called each other.