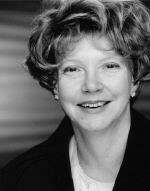 Dr Linda Porter is a Tudor and Stuart historian. Her first book, Mary Tudor: the first queen, the first re-evaluation of Mary for many years, was published in 2007.

England's Forgotten Queen was first broadcast on BBC 4 on 9th - 11th January 2018. As with all our guest reviews, the opinions are those of the writer, and we welcome the thought-provoking and wide-ranging views of experts.

Television history has become very predictable. Take one personable television historian, add dramatic reconstructions, line up a series of talking heads, throw in a selection of original documents, include a few trips on modern transport against a backdrop of familiar cityscapes and spice the pot by attempting to make its contents appeal to a modern audience, preferably with references to ‘the people’ or ‘gender’. Try for balance in the script but be careful not to make it over-complicated.  Mix well, with the often rather small budget available, and, hey presto, you have yet another series which you hope will interest the viewing public in matters historical.

Helen Castor’s recent series England’s Forgotten Queen met all of the above criteria, though its reconstructions were more risible than most. How many times did we see a sinister-looking duke of Northumberland and a fresh-faced Lady Jane advance towards the camera?  The privy council seemed to be having the same conversation whenever they appeared, waving scrolls and looking concerned. Queen Mary kept looming out of a frightening red background, constantly crossing herself (presumably to remind the viewer that she was a Catholic) and looked disconcertingly like Cruella de Vil.

Presumably the talking heads, who included a number of eminent historians, did not know about the overall production values, or they might have thought twice about participating. Their combined contribution was actually rather good, especially in the third and final part of the series, which gave a more balanced view of the Succession Crisis of 1553 than might have been expected.

There were, still, some peculiarities. Edward VI’s fatal illness was of much longer duration than the impression given here. He had been unwell since February 1553, though it was not realised that he was dying until June. The European context of events, including the pro-French policy of Northumberland and the mistaken belief of Mary I’s cousin, the emperor Charles V, that she didn’t stand a chance of seizing the throne so he would leave her to her fate, were overlooked. And where was Elizabeth in all this? It’s a question that no one has yet answered, because, aside from the fact that she stayed at Hatfield throughout these tumultuous times, we have no idea whether Elizabeth tacitly offered her sister support or not. If Jane had succeeded, what would have become of Henry VIII’s younger daughter? She entered London with Mary on 3 August, 1553, but no mention was made of this.

And, admittedly a minor point but still an irritation, why was repeated emphasis placed on the earl of Arundel being Jane’s uncle? He was, in fact, only her uncle by marriage which does not make him a blood relative. The inference was that Arundel’s behaviour was a deplorable betrayal of someone close to him but he had never liked the duke of Northumberland and he was a Catholic. His drift towards Mary’s cause was always on the cards. The impression that the council went over to Mary unanimously was also wrong.  Cranmer and others stood out against proclaiming her queen for much of the day on 19th July, 1553, only giving in late in the afternoon.  Oddly, Cranmer was never mentioned at all.

Jane’s is an interesting and ultimately tragic story which did deserve to be given an airing, though three hours was way too long.  Helen Castor, a respected medievalist who has strayed into the Tudor period with this programme, looked a touch weary by the end of the series.  I suspect she wasn’t the only one.