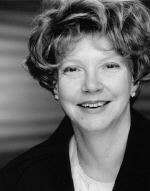 Linda Porter is the author of biographies of Mary I and Katherine Parr. Her latest book, about the rivalry between the Tudors and Stewarts, is Crown of Thistles: the fatal inheritance of Mary Queen of Scots.

She is currently writing a book about the children of Charles I and the English Civil Wars, to be published in 2016.

On 20 th November, 1495 a bedraggled party of horsemen rode through the gate of Stirling Castle, one of the chief residences of the Stewart monarchy and traditionally the dower castle of the Scottish queens consort. At the time, Scotland was without such a lady to bid them welcome.

Its twenty-two year-old king, James IV, was still single, though very much in the market for a prestigious bride, despite the fact that he was already the father of two illegitimate children by Marion Boyd, a mistress he had just cast off, and was about to embark on an intense affair with another lady of the court, Margaret Drummond. But his guests would have been very discreet in their comments about his private life for they were entirely dependent on his hospitality.

At their centre was a handsome youth of regal bearing who called himself 'Prince Richard of England.' James greeted him with all the courtesy and warmth reserved for a fellow member of royalty. He provided the young man with a fine house in the town and a splendid wardrobe, including 'a greatcoat of the new fashion, with sleeves, in velvet, lined with damask.'

And during the long, dark evenings he listened to the extraordinary tale of escape from murder, endless wandering and miraculous rediscovery which his guest had told to many others. James liked stories and was by nature romantic; he also lived in a credulous age. The probability is, however, that while he found the boy affable and enjoyed his company, his keen intelligence strongly suspected that his guest was an imposter.

Yet that did not matter. The outlay of money on the newcomer, even from an exchequer that was never over-flowing, could certainly be justified if it could be used to political advantage in the wider arena of Anglo-Scottish relations. James's support was far from altruistic. He intended to use 'Prince Richard' to cause as much difficulty as possible to his English counterpart, Henry VII, the ruler of a new dynasty, the Tudors, who had sat uneasily on his throne south of the border for ten difficult years.

James did not really care who this penniless boy with Burgundian manners and a far-fetched backstory was, if he could help the king of Scots put Henry Tudor in his place.Yet for 'Prince Richard', or Perkin Warbeck, as he is known to history, James IV was very much the last resort.