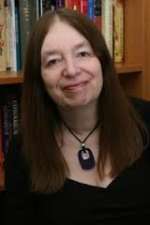 Alison Weir is the top-selling female historian (and the fifth bestselling historian overall) in the United Kingdom, and has sold over 2.7 million books worldwide. She is a Fellow of the Royal Society of Arts and Sciences and an Honorary Life Patron of Historic Royal Palaces,and is married with two adult children.

Alison has written extensively about the Tudor period, in highly respected and very popular non-fiction and fiction books. Her latest novel, Jane Seymour: The Haunted Queen, is published on 3rd May 2018.

Jane Seymour is the third in the Six Tudor Queens series of novels about the wives of Henry VIII, which began with Katherine of Aragon: The True Queen - a Sunday Times Top Ten bestseller.

When writing my new novel, Jane Seymour: The Haunted Queen, I deliberately refrained from developing a storyline based on the notorious claims that Henry VIII’s third wife suffered a Caesarean delivery while giving birth to the future King Edward VI in October 1537, at Hampton Court Palace. Rumours to that effect were current in London at the time, but in 1585, a Catholic writer, Nicholas Sander, hostile to the King for breaking with the Pope, claimed that, when Jane Seymour

‘was in severe labour in a difficult childbirth, all her limbs [were] stretched for the purpose of making a passage for the child, or (as others stated) having the womb cut before she was dead, so that the child ready to be born might be taken out. The travail of the Queen being very difficult, the King was asked which of the two lives was to be spared. He answered, the boy’s, because he could easily provide himself with other wives.’

A Caesarean section is then said to have been performed, but there is no evidence for one being carried out on a living mother before the 1580s and, if it had, the result would have been a speedy and agonising death. Not until the twentieth century could this procedure be safely carried out.

Yet the story gained wide currency, and persisted. In his chronicle of 1643, Sir Richard Baker claimed that Jane ‘was fain to be ripped’, and in an old ballad, ‘The Death of Queen Jane’, of which the earliest dates from 1560, Jane is in labour for six days and more, and begs that her side be cut open so that her baby can be saved; and Henry reluctantly agrees.

There is another reason why I did not build on this myth. Traditionally, it has been assumed that Jane died from puerperal fever, yet there is actually no mention of fever in the historical sources. And when I looked at the chronology of events, it looked as if she suffered two distinct illnesses.

She was in labour from the afternoon of 9th October 1537 until her son was born at 2am on the 12th. That evening, she was able to sign letters announcing the birth, and late at night on 15th October, she was sitting up in bed, hosting the guests who had attended her son’s christening in the Chapel Royal. Thus a Caesarian section must be ruled out, and there is no evidence that there were complications during labour or delivery; the apparent health and vigour of her son is also testimony to that.

Not until the afternoon of 16th October, four days after Edward was born, did Jane become unwell. Her condition was described by her chaplain and physicians in a bulletin stating that she had suffered

‘an natural lax, by reason whereof she began to lighten [become more cheerful] and (as it appeared) to mend, and so continued till toward night. All this night she hath been very sick.’

The word ‘sick’ meant ill in a general sense, not necessarily that she was vomiting.

Some historians have understood the word ‘lax’ to mean post-partum bleeding, but from the word meant ‘loose bowels’; the word ‘laxative’ derives from it.

Jane recovered the next day, Wednesday, and there are no further reports of her being unwell again until the evening of Friday, 19th October. Her condition worsened over the weekend, and on Monday night she was in ‘great danger’. On Tuesday evening, the King was summoned to her bedside, as it was clear that she was dying. She passed away at 2 o’clock the next morning, 24th October, twelve days after she had given birth. After her death, her illness was attributed to ‘the fault of them that were about her, and suffered her to take great cold, and to eat things which the fantasy in her sickness called for’. The bulletin and this report are the only written evidence relating to her illnesses.

The bulletin suggests that Jane initially had food poisoning, which was unpleasant, but cleared up quickly. The reference in the report to her eating unsuitable foods might be corroborative.

The mention of Jane taking ‘great cold’ in the second report has been the basis of claims that she died from puerperal fever, but that condition was recognised then and would surely have been described differently; the coldness was more likely to have had an entirely different significance.