Bosvyle lost his investment, as Robert’s heir was his younger brother, George. Bess was entitled to her dower, but the new guardian of the estates declined to pay. Even at the age of sixteen, Bess would not be deprived of her rights and took the matter to court.  The matter became mired in legal claim and counter-claim with an interim settlement forced upon her in 1545. Eventually, in 1553, she won her claim and became entitled to a very comfortable dower – significantly greater than her father’s estate had been.

During this period her living arrangements are unknown – possibly the Barlow home, as, despite her case against the guardian, Sir Peter Frecheville, she was on good terms with the family, possibly her mother’s home (although Ralph Leche was in prison for debt) or even back to Lady Zouche initially.

It is likely that before 1547, Bess joined the household of the Marchioness of Dorset, at Bradgate Park in Leicestershire. Lady Dorset had been born Lady Frances Brandon, and was Henry VIII’s niece and her husband, Henry Grey, Marquess of Dorset, was a very distant connection of the Hardwicks.

This introduced Bess to royal circles, and also maintained her Protestant outlook. The Marquess was a leading light amongst reformers, and his daughter, Lady Jane Grey, took after him.

Whilst Bess was in the Dorset household, she married the widowed Sir William Cavendish of Chatsworth. Sir William, who had daughters by a previous marriage, had been in court circles all his life. His brother, George Cavendish, is famous for his 'Life of Thomas Wolsey'. William worked with Cromwell on the Dissolution of the Monasteries, and was a clerk in the Office of Augmentations (responsible for the realisation of the value of monastic land for the Crown).

Like many others who worked in Augmentations, Cavendish spotted some excellent bargains and made the best of his position. He held a number of posts, and was eventually appointed as a Privy Councillor in 1546. Sir William was twenty years older than Bess, so, although she may well have liked him, the match would have been primarily for an increase in status and security. She would not be the first young woman to marry an older, wealthier man, nor he the first man to look for a young step-mother for his children.

Bess was now mistress of her own household. She had a country estate at Northaw, and a London house near St Paul’s. Children arrived at yearly intervals starting with Frances, on 18th June 1548. The child was named after her godmother, Lady Dorset, and her other godmother was Katherine Willoughby, Dowager Duchess of Suffolk, whilst Lady Dorset’s half-brother, the Duke of Suffolk, was godfather.

Whilst Bess’ biographer, David Durant, sees these godparents as merely friends without political influence, the reality was that Lady Dorset’s children had been named as heirs to the throne by Henry VIII after his own children. Whilst Dorset was not a member of the Council guiding the realm during the minority of King Edward, he was still one of the premier noblemen in the land.

Bess’ second child, Temperance, born within the year, also had illustrious god-parents – Jane, Lady Warwick (soon to be Duchess of Northumberland), Lady Jane Grey and Francis Talbot, 5th Earl of Shrewsbury. Such grand sponsors did not ensure the baby’s health, and she died within a few months.

Cavendish and Bess had plenty of ready cash, and in the summer of 1549, they bought a large parcel of land near Bess’ childhood home in Derbyshire, centred on the village of Chatsworth. They then increased their holdings in the area by exchanges of properties that Cavendish held in other counties. This concentration of their wealth in one location continued. To avoid the problems of wardship that Bess had experienced at first hand, their lands were held in survivorship, reducing the likelihood that their heir would inherit as a minor.

This son and heir, Henry, arrived in 1550 and his godparents were even more illustrious than his older sisters’ – including the Lady Elizabeth, half-sister to the King, as well as Dorset (soon Duke of Suffolk) and Warwick (shortly thereafter Duke of Northumberland). A further four children followed and the roll call of their godparents shows that the Cavendishes were friends with some of the most influential people in England and the accounts, both monetary and descriptive, suggest a busy social whirl, with parties, holiday fun, heavy gambling and the observation of traditional customs such as May Day and the Lord of Misrule.

In 1551, the Cavendishes began their first major building project with the initiation of construction of a new manor house at Chatsworth.

But in 1553, what had looked like good policy in selecting friends, was suddenly very risky, when Edward VI attempted to change the succession as laid down in the Act of Succession of 1543 to pass over his sisters and put Lady Jane Grey, Suffolk’s daughter on the throne. The legal heir, the Lady Mary, was having none of it, and achieved a swift triumph. Bess’ old friend, Frances, begged for her life and Suffolk’s, and Mary spared them, but Northumberland was executed and the Cavendishes were suspected of complicity, although no action was taken against them.

In a bid to restore themselves to royal favour, Queen Mary was invited to stand as godmother to Bess’ second son, Charles – alongside Suffolk! The next child had Suffolk’s second daughter, Lady Katherine Grey, as godmother. Durant sees this as a brave loyalty to their friends, and describes Lady Katherine as an outcast following the execution of Suffolk and Lady Jane after Wyatt’s rebellion, but, in fact, Lady Katherine was a maid-of-honour to the Queen.

For the majority of Mary’s reign, Bess remained at Chatsworth, supervising the extravagant building works, although William had also leased a house at Brentford from Sir John Thynne of Longleat, and it was there that her daughter, Elizabeth, was born. 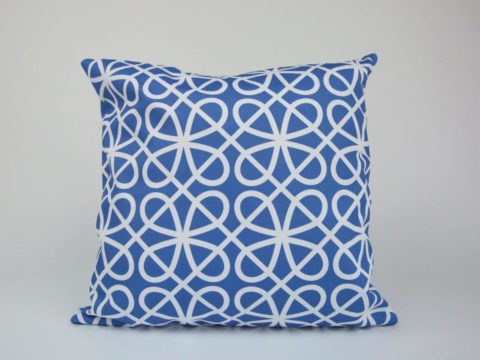