In early summer 1553, it appeared that the Reformation would be halted in its tracks. Edward was mortally ill. Worried that Mary would undo all his good work, Edward, either of his own volition, but probably influenced, even if not overtly, by Northumberland, tried to set aside the Act of Succession of 1544. He issued Letters Patent appointing as his successor, Lady Jane Grey, the daughter of the Tudor siblings’ cousin, Frances Brandon, Duchess of Suffolk. Mary was rejected for religious reasons, and Elizabeth on the pretext of her illegitimacy, and the suggestion that she would marry a foreigner. Jane, fortuitously, was married to Northumberland’s son.

On hearing of Jane’s proclamation, Mary determined to fight for her rights, and made for her stronghold at Framlingham Castle in Norfolk, where an army began to gather. Elizabeth did nothing, but waited for events to unfold, only joining Mary as part of her jubilant entry to London. While this strategy was successful on the surface, it must have been a body-blow to Mary, who had, until this time, been a loving sister to Elizabeth, overlooking the pain that the latter’s birth had caused her, pleading for her to Henry VIII not long after Anne Boleyn’s execution, giving her generous gifts, and frequently writing to her during Edward’s reign, as evidenced in a letter Elizabeth wrote to her sister in 1552, in which she wrote ‘[g]ood sister, though I have good cause to thank you for your oft sending to me, yet I have more occasion to render you my hearty thanks for your gentle writing…’ It was apparent that sisterly feeling had not been strong enough for Elizabeth to take Mary’s part.

Nevertheless, Mary acknowledged Elizabeth as her sister, and there was no immediate pressure to conform to the Catholic practice that Mary reintroduced, although Mary can have had little doubt that Elizabeth’s religious sympathies were Protestant. But Elizabeth’s position was soon threatened by Mary’s marriage to Philip of Spain. Any child born of the marriage would displace Elizabeth in the succession.

Dislike of Mary’s matrimonial decision was widespread, and a Protestant gentleman, Sir Thomas Wyatt, plotted rebellion. Elizabeth received a letter from the queen, requesting her to come to London, to avoid any unrest in the countryside. Elizabeth responded that she was too ill to travel. This aroused royal suspicions, as although Wyatt claimed that his aim was just to prevent the match with Philip, most people believed he wanted Elizabeth to take the throne. The government was able to take preventative action to scotch part of the planned uprising, but Wyatt went ahead, and marched on London from Kent with a sizeable army. He was defeated in short order, but attention turned to Elizabeth. Whilst she had given no tangible indication of support for the rebels neither had she made much show of loyalty to Mary. There was evidence that potentially incriminated her - letters sent, that she denied receiving, and arrangements made for her to go to a house that, on being questioned, she denied remembering she even owned. Two of those involved in the conspiracy, Sir James Croft and Sir Nicholas Throckmorton, had frequented her house – and in later years, both received her favour. A copy of one of her letters was also found in the possession of the French ambassador. She had also answered a message sent to her by one of the rebels, urging her to avoid London. Her response was equivocal – she thanked the sender for his goodwill, and would do as she saw fit. Her messenger on that occasion was Sir William St Loe, who was later to marry her friend, Elizabeth Hardwick.

On 12th February, still ill, Elizabeth was obliged to travel to Whitehall. For three weeks, she was unable to enter her sister’s presence while investigations continued. When Wyatt admitted that she had sent him a reply to a message recommending her to stay away from London, it was considered sufficient to send her to the Tower, and the Marquis of Winchester and the Earl of Sussex were deputed to take her. Frantic, Elizabeth begged for time to write to her sister. The letter protested her innocence vehemently and appealed to Mary not to let her be convicted unheard. Despite the delay occasioned by writing the letter, there was no change to the royal orders, and Elizabeth was taken to the Tower, where she was lodged in the apartments first built for her mother’s coronation. No substantive evidence emerged against Elizabeth, and the queen, although suspicious, was adamant that her half-sister could not convicted without solid proof. After Wyatt’s execution in April, at which he proclaimed that Elizabeth had had no knowledge of the plot, her confinement in the Tower became less onerous, and in May she was released to house arrest at Woodstock in Oxfordshire, under the supervision of Sir Henry Bedingfield – a choice presumably made with a dash of irony from Mary, as Bedingfield’s father, Sir Edmund, had been Katharine of Aragon’s warder at Kimbolton. Given Elizabeth’s habitual avoidance of deliberate action until absolutely necessary, it seems possible that she was fully aware of the plan for rebellion, choosing neither to endorse it nor reveal it to Mary, but await events, ready to take the throne if the rebellion had succeeded.

Gradually the restrictions on her were relaxed, and Elizabeth was permitted to return to court once Mary had married and believed that she would bear an heir. Papal Supremacy had been restored, the heresy laws re-implemented, and everyone was obliged to conform to traditional Catholic practice. Elizabeth did so, but hinted that she was not convinced – having coughing fits at inopportune moments during the Mass. Nevertheless, her brother-in-law, King Philip, was eager to maintain good relations, particularly when it became apparent that Mary would have no children, preferring the prospect of Elizabeth inheriting the English crown, over the alternative heir, Mary, Queen of Scots, who, although Catholic, was pro-French, which he considered to be worse than Protestantism. He put forward a scheme for Elizabeth to marry Duke Philibert Emmanuel of Savoy. This was by no means a bad match. The duke was Philip’s maternal cousin and friend, and an independent ruler within the Holy Roman Empire (although in constant dispute with the French Crown for his territory). Elizabeth rejected the notion, and Mary refused to force her – possibly because she did not wish to force Elizabeth into an unwelcome marriage, but more likely because for Elizabeth to marry into the imperial affinity would be to lessen her own importance to that affinity. 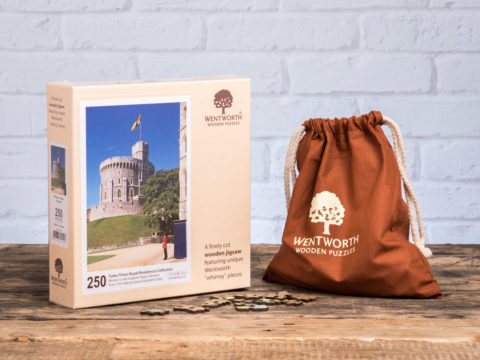