Elizabeth had always had qualms about executing a fellow sovereign, not because she wanted Mary to live, but because of the bad example it set. She would have preferred Mary to be dispatched quietly, in a way that she could have avoided taking responsibility for, and had even suggested to Paulet that he have Mary secretly murdered. Paulet had rejected the notion with horror, so Elizabeth had ultimately had no choice but to proceed according to law.

Once the execution of Mary had taken place, Elizabeth exhibited extreme displeasure with Burghley – probably in part genuine, but perhaps calculated to make her appear less guilty in the eyes of Scotland, France and Spain. But if that were the case, it did not make any difference to Philip’s assessment of the situation. As Elizabeth had always feared, English involvement in the Netherlands had provoked his ire, and from 1586, he was planning an invasion of England.

The death of Mary, who had been Philip’s intended beneficiary, actually encouraged his zeal – partly as a matter of vengeance, but also to enhance the claim of either himself, or his daughter, Isabella, to the English throne, Philip being the senior representative of the House of Lancaster, as a direct descendant both of John of Gaunt’s eldest daughter, Philippa, Queen of Portugal, and also of her half-sister Katherine, Queen of Castile.

Ships and provisions were amassed at Spanish and Portuguese ports, and, when it became common knowledge that an invasion of England was planned, Elizabeth, although nervous that it might be the final provocation, authorised Drake to mount a preliminary strike. She rescinded the order when she heard that Philip’s preparations had slackened, but it was too late. Drake entered Cadiz and burnt part of the fleet, an action he referred to as ‘singeing the king of Spain’s beard’. En route home, he managed to capture another Spanish treasure ship, the booty from which went some way towards paying for the increasing costs of the campaign in the Netherlands, which still proved ineffectual.

Elizabeth remained unhappy at English involvement in the Netherlands, and once again sought a negotiated peace, but discussions with Parma did not reduce Philip’s preparations for the assault on England. In France, too, problems abounded, as Henri III had died childless, and with François of Anjou having predeceased him, his heir was Henri, King of Navarre, a Huguenot. The country was convulsed with religious war.

Consequently, bowing to pressure from all of her councillors, Elizabeth accepted that England must be put on a war footing. Over the previous few years, the royal navy had been built up and contained a several new vessels of revolutionary design, which enabled them to carry more artillery, and be more manouevrable at sea. So certain were they of their superiority as sailors that Drake and others wanted to seize the initiative and take the fleet to intercept the Spanish before they reached the Channel.

Elizabeth was nervous about this idea, fearing the Armada would slip past the navy and land along the south coast, but agreed that her Lord High Admiral, Lord Howard of Effingham, should deploy the English ships as he saw fit. Less experienced than Drake, Howard took his advice, and led the navy towards Spain. Within days they were beaten back by storms. Before they could set out again, Howard received word that Elizabeth forbade any attempt to leave English waters – a fortunate decision, as Philip had ordered his ships to ignore any incursion into Spanish waters – the Armada was to head for Calais to rendezvous with Parma to protect the barges on which he was to transport an army to England.

When the Armada entered the Channel, the English fleet managed to manouevre west, effectively blocking the Spanish fleet from returning home, and, with the wind behind them, could follow the Spanish, attempting to nip off any stragglers. The Armada sailed on to Calais, with the commander, the Duke of Medina Sidonia, unaware that Parma’s barges were unable to escape through Netherlandish shipping around Gravelines.

The English seized the opportunity of Medina Sidonia’s entry to the port of Calais, by sending in fireships. Fearing that the blazing ships might contain explosives, the Armada cut cables to escape and were carried north. The English fleet had been reinforced by vessels emerging from English ports as it sailed up the Channel, and now outnumbered the Armada. The handiness of the English ships and their faster artillery fire now gave Elizabeth’s navy the advantage.

The wind carried the Spanish north, with the English in pursuit. Once Scottish waters had been reached, and ammunition and stores exhausted, the English withdrew. The Armada had no choice but to sail on, and, refused entry to Scottish ports, it was largely wrecked on the Scottish and Irish coasts. 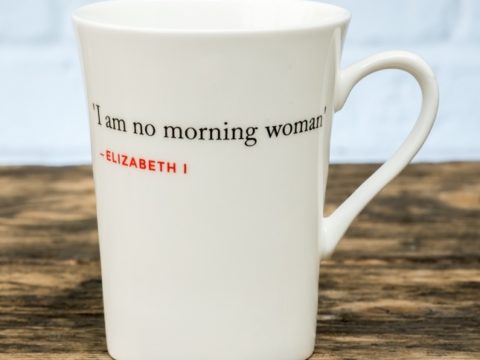