By March 1538, Katherine was back in London. The Imperial ambassador, Chapuys, noted in a letter that the king was in good health and spirits and had been ‘masking’ and visiting the Duchess of Suffolk. She was initially there alone, as Chapuys’ report was written two days after Suffolk addressed a letter from Grimsthorpe, but Suffolk joined her by the end of the month, and attended the Garter ceremonies in April.  Shortly after this, Suffolk was described by a foreign correspondent as ‘a good man and captain, sickly and half-lame’.

The couple were again in the capital in November 1538, as they were entertained at court by the king, who held a great dinner on 13th November, at which Suffolk and Katherine, along with the Earls of Hertford and Sussex and their wives, Lady Lisle and others were present. Henry may have been showing his authority, as earlier that week, the Marquis of Exeter and his wife, and Lord Montagu had been despatched to the Tower.

Katherine was still being courted by Lady Lisle, who sent her a spaniel in February 1538, which her steward was directed to put into the ‘duchess’ own hands’. She also sent three French crepyns – whatever they might have been. It does not appear that Lady Lisle was successful in her approaches. Her daughter, Katherine Bassett, did not enter Katherine’s household, despite the duchess’ earlier promise, but remained with Lady Rutland, whilst Katherine returned to Lincolnshire.

Katherine did not reject Miss Bassett in so many words, but ignored all requests to make arrangements to receive her, nor did she follow the usual etiquette of returning a ‘token’ – a small personal item, such as a ring – on receiving one from Lady Lisle, although she did convey her thanks for a gift of wine from the Lisles.

Katherine herself had a petition granted by the king – for a clergyman, William Ugge, to be granted a licence to hold more than one benefice, and to be absent from his parish for five years, suggesting that he was to be attached to Katherine’s own household as a chaplain.

The mid-to late 1530s were a time of religious ferment. Following the annulment of Henry VIII’s marriage to Katharine of Aragon, the reform-minded (although still Catholic) Anne Boleyn promoted the cause of a Bible in English, and encouraged men such as Thomas Cranmer, Archbishop of Canterbury, and Hugh Latimer, Bishop of Worcester, whose faith became more radical over the years, although the term Protestant was not used until the late 1540s.

The younger generation of courtiers began to espouse more reformist ideas and were given encouragement by the Act of Ten Articles of 1536 which had a distinctly reformist tone. Katherine, young, intelligent and probably seeking an outlet for her energies, gradually became interested – although we cannot pinpoint exactly when she diverged from the traditional Catholic faith, in which she had been brought up. Amongst Katherine’s friends were Edward Seymour, Earl of Hertford, and his wife, Anne Stanhope. Both were reformers, as was the Marquis of Dorset, her step-son-in-law. Dorset was one of the most radical early Protestants – his opinions reflected in the upbringing of his daughters, the ladies Jane, Katherine and Mary Grey. Since Katherine was on good terms with Dorset, described as ‘well-learned and a great wit’ and Frances, they may have explored new ideas together.

Nevertheless, in the 1530s, religious differences amongst the nobility had not hardened into the  warring camps of the following decades and Katherine was on good terms with the king’s daughter, Lady Mary, later Mary I. The two played cards together, exchanged gifts, and Katherine even lent the princess horses on one occasion.

If Katherine’s interest in the new religion did not begin at court, it may have had its roots in Suffolk – East Anglia had been at the forefront of the new doctrines since the early 1520s, and in 1537 the bailiff of Thorndon, Suffolk, wrote to the duke about the vicar, John Bale who had been prior of Ipswich, prior to the dissolution of the monasteries, and then secured the living of Thorndon.  He not only married (still an offence in Henry’s Church of England) but preached loudly against monasticism, and wrote a number of miracle plays as well as histories. His presence in Suffolk led to one the bailiff of Thorndon to write to the duke in January 1537, requesting orders for how to deal with Bale, who was provoking public controversy.

In 1539, Henry VIII drew back from reform, implementing the Act of Six Articles, perceived as traditional and referred to by reformers as ‘the whip with six strings’. Attitudes began to harden, and two factions emerged, in religious, if not other terms, at Henry’s court. One of the most prominent of the conservatives was Stephen Gardiner, Bishop of Winchester and he and Katherine were later to be on bad terms. 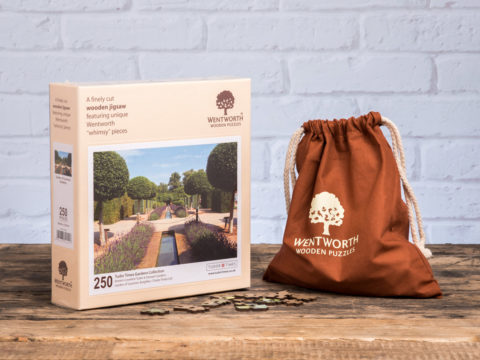