The king’s health was deteriorating, and in early 1509 it became apparent that the end was nigh. According to Robert Hutchinson, author of ‘House of Treason’, one of Henry VII’s last acts was to repay Surrey for his years of devotion, by ordering the restitution of those lands confiscated after Bosworth that had not yet been returned.

Henry then drew up his will, appointing Surrey as one of the executors.  Following the king’s death on 21st April, Surrey, along with Lady Margaret Beaufort, Richard Fox, and the late king’s other councillors, took charge of affairs. The new king, Henry VIII, had not quite reached his majority and a regency council was required for a few weeks.

The funeral took place on 9th May, and, as was customary, the officers of the old king’s household broke their staves of office, consigning them to the grave with the defunct monarch. Surrey’s staff as Lord Treasurer was one of the first to be broken, although it had been confirmed that he would retain the office under the new monarch.

Surrey had been middle-aged by fifteenth-century standards at the Battle of Bosworth, he was now around sixty-six years old – a good age for the time, and might well have contemplated retirement, but he showed no signs of taking a back seat. He acted as Earl Marshal for the coronation of Henry VIII and his first wife, Katharine of Aragon (the little matter of the dowry that Surrey had argued over with Fuensalida was soon cleared up with goodwill on both sides).  The following year, the position of Earl Marshal was granted to him for life, and is still held by his descendant, the current Duke of Norfolk.

According to Vergil, in the early days of Henry’s reign, Bishop Fox and Surrey jockeyed for supremacy. The former, said Vergil, cared only about the general prosperity of the realm, but Surrey was eager to regain his lost patrimony, and ‘assiduously clung’ to the king’s side, in hope of favours for himself and his kin. Derek Wilson in ‘In the Lion’s Court’, has identified that Surrey was one of the most regular attendees of council meetings, and the senior temporal lord, whilst the chair was usually Archbishop Warham.

Surrey’s two oldest sons, Sir Thomas and Sir Edward Howard were increasingly prominent – the former of course, being the new king’s uncle-by-marriage.  Sir Edward was appointed soon after the accession, to the post of Royal Standard Bearer at the handsome rate of £40 pa. Surrey’s son-in-law, Sir Thomas Knyvett (whom Muriel Howard, Lady Grey, had married as her second husband), was on excellent terms with his in-laws, and was also a great favourite with the king and queen, as a notable jouster.

Surrey’s three younger sons by Elizabeth had probably died by this time, whilst his children by Agnes who were still being born at regular intervals, married well over the following years, the eldest, Anne, in 1512, to the Earl of Oxford. In 1511, a link with the Howards’ Yorkist past was broken when Surrey’s daughter-in-law, Anne of York, died, leaving no children to survive her.

Like their father, the Howard brothers were military men, and before long were called upon to fulfil Henry VIII’s dreams of French conquests, and to take a more aggressive stance towards Scotland.  In particular, Sir Edward encouraged Henry to mistrust the Scots. Bishop Fox was informed that Sir Edward ‘marvellously incenseth the king against the Scots, by whose wanton means his grace spendeth much money and is more disposed to war that to peace.’  Surrey was annoyed by his son’s attitude – he had been one of the architects of the peace with Scotland, and had invested significant personal capital in it. According to the same report, he remonstrated with Henry who took his advice ill, and spoke to him with ‘such manner and countenance… that on the morrow [Surrey] departed home again.’

Despite the Queen of Scots being Henry VIII’s sister, he was not inclined to follow the pacific policy of his father – and James too, was perhaps contemplating making a lightening strike on an inexperienced king. Trouble broke out over the actions of one Andrew Barton, a Scottish sea-captain, whom the English deemed a pirate. Sir Thomas and Sir Edward together captured Barton, and took his ships as prizes.

An infuriated James IV protested, demanding that the Howards be prosecuted, but Henry VIII refused to concede that any wrong had been done, saying Barton’s piracy had deserved punishment. Meanwhile, Henry was preparing for a first campaign in France, and appointed Sir Edward as admiral to harry and capture French shipping - at which he had remarkable success.

Surrey was right to fear the consequences of belligerence – his son-in-law, Thomas Knyvett was killed when his ship the ‘Regent’ was blown up in an encounter with the French near Brest. Muriel followed him to the grave within six months, allegedly dying of a broken heart. Sir Edward swore he would be revenged upon the French and pursued them relentlessly – in a further action in April 1512, he was drowned. His body was recovered – his admiral’s whistle was sent to the French queen, Anne of Brittany, as a trophy, and his armour to her daughter, Princess Claude. Whilst Surrey and his son may have disagreed on policy, we can suppose that the loss of two of his children within a few months caused Surrey considerable grief. 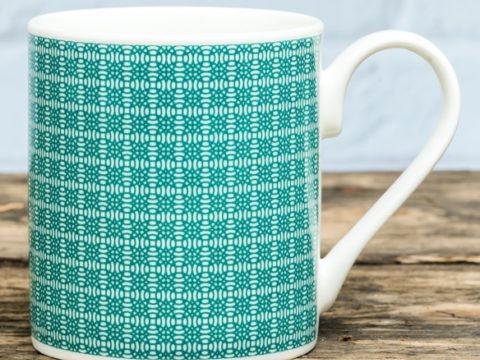