This clock is astronomical in both senses! It was designed by the Bavarian Nicholas Cratzer, who was the ‘Deviser of the King’s (Henry VIII’s) horloges' (time-pieces). The actual construction was by the clockmaker Nicholas Oursian, probably a French clockmaker and his assistants, perhaps Lawrence Daunton and Peter Doute, who were French and Dutch respectively.

At over 3m in diameter, it is an imposing sight, set in the clock tower that overlooks the inner courtyard. It was installed in 1540 (although there were earlier clocks at the palace) and, as well as telling the hour, the day and the month, it shows the phases of the moon and its age in the month, the signs of the zodiac, the movement of the sun (according to pre-Copernican theory), and, most usefully for the members of the court, who usually travelled by barge, the time of high tide at London Bridge. This latter piece of information was necessary, as the unembanked Thames was strongly tidal, and the rapids that appeared at low tide around the bridge were dangerous.

The rim of the clock is marked into 24 hour segments, labelled I – XII twice over. The additional information is shown by three concentric copper dials, which rotate at different speeds, using a gearing system. The central dial rotates once per lunar month, and shows the time when the moon crosses the meridian each day – from which the tide can be read. The middle dial, rotating annually shows the age of the moon and the outer dial (2.5m wide) which also rotates once a year shows days, months and the zodiac. The original clock also had three copper bells.

The workings have undergone a number of repairs over the years – the most recent been carried out in 2009, to celebrate the quincentenary of Henry VIII’s accession.

To find out more, see this Historic Royal Palaces video on youtube. 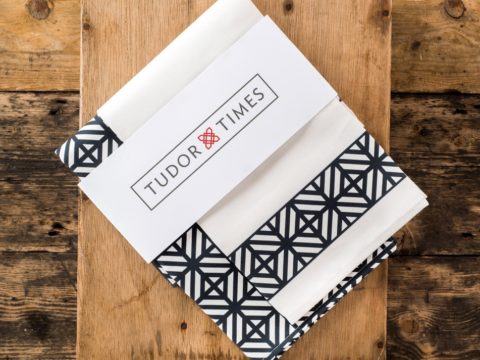