Hever is near the small town of Edenbridge (formerly Eatonbridge) in Kent. It is most easily accessed by road from the M25 London ring road. It is signposted with the usual heritage brown signs, but it is still not easy to find, particularly if you are driving south-west from Sevenoaks. Keep your eyes peeled for the sign to Penshurst, Chiddingstone and Leigh – the B2027 – I have no idea why those places are named, but not Hever.

For the many devotees of Anne Boleyn, Hever Castle is almost a place of pilgrimage. Even the most prosaic visitors cannot fail to imagine Henry VIII courting the alluring Anne in the rose gardens in the summer of 1526, before their love-story turned the world upside-down and ended in the death of Anne, her brother and some of her friends.

The castle is surrounded by a moat, with plenty of wildfowl swimming happily around, unconcerned about the tourists. Foursquare in the middle, is the castle. The south elevation dates from the late fourteenth centuries, with the other three having been renovated in the early sixteenth century, by Sir Thomas Boleyn, later Earl of Wiltshire and Ormond. Behind the castle is the village of re-imagined Tudor style buildings, constructed by the Astor family in the early twentieth century.

The parklands are beautifully maintained, and there is an extensive adventure playground for the younger visitors – with its own castle to climb! To the left of the castle, is an area of orchard, which has been ‘rewilded’, to allow a wealth of meadow flowers to flourish, bordered by quaint topiary shapes. Yew and box topiary abound throughout the gardens.

The entrance to the castle is through the central fourteenth century stone, machicolated gatehouse, over a drawbridge, and under two fearsome-looking portcullises (originally three), of which one actually dates from the mediaeval period. To either side of the main gatehouse are single, crenellated, windowless towers with arrow-slits. Passing under the gatehouse, you are in a small courtyard. The sixteenth century east range formed the ‘offices’, that is, the kitchens, larders, pantries, butteries and other storage and working elements of a great house, whilst the west range contained the Great Chamber and the Solar.

The north range was originally the Great Hall, until Sir Thomas divided the space horizontally to create a long gallery upstairs, and added an entrance hall on the south face, with a passage above. It must be borne in mind that almost everything inside is a recreation by William Waldorf Astor, and his architect, Frank L Pearson. Entering the space constructed by Sir Thomas, you may be greeted on arrival by King Henry himself, before being directed to turn right.

The long room on the right (forming the east range of the courtyard) was fitted out in the early 20th century as a delightful sitting room. The inlaid wood paneling is particularly beautiful and was based on decoration at Sizergh Castle. Turning back out into the hall, there is a room opposite devoted to information about the numerous films that have been shot at Hever, including Anne of the Thousand Days, the 1960s classic with the enchanting Geneviève Bujold as Anne and Richard Burton as Henry, and Lady Jane, (1986) with Jane Lapotaire as Mary I and Helena Bonham Carter as Lady Jane Grey.

Back into the entrance hall, passing Henry VIII again, into the dining chamber – another twentieth century recreation, but containing a superb tapestry. Along Thomas Boleyn’s hall, which contains some rather interesting mediaeval choir stalls, to another 1930s style drawing room, in the west range. Opposite is the Morning Room, which retains a fireplace with the initials of the Henry Waldegrave who owned the property in 1644. In the corner is a stone spiral staircase, dating from the 1560s, that brings you into the room that legend has it was the bedchamber of the young Anne. There are various artefacts, including a chest that belonged to Thomas and a giant family tree of the Boleyns. Through this room is the gallery where items related to Anne are held. The two illuminated books of hours are exquisite and remind us of the centrality of religion to Anne’s life. There is another truly magnificent tapestry, and a section of the intriguing Anne of Cleves panels.

Exiting the gallery, a corridor takes you to the next room on the tour, which contains the oldest extant ceiling in the castle, dating to the fifteenth century, and which is furnished as a bedroom. A second bedroom reflects the interests of the Waldegrave family, who owned the castle from 1557. They were Catholic recusants during the reign of Elizabeth, and devoted supporters of King James II, and the Old Pretender, Prince James Edward Stuart. A little room fitted up as an oratory can be seen from the Waldegrave bedroom.

From the first floor landing of the main staircase, you climb up a wide wooden flight of stairs, to the pièce de resistance, the superb long gallery, originally built by Sir Thomas Boleyn, and ninety-eight feet in length. The ceiling is not original but recreated in the elaborate plaster-work style of the sixteenth and seventeenth centuries. The gallery runs the whole length of the north range of the castle and is lined with numerous paintings of familiar Tudor figures. One of the most interesting exhibits, is the facsimile of the petition of July 1930 that Henry VIII’s chief peers sent to Pope Clement VII, asking him to look favourably on the king’s annulment petition – the signature of George Boleyn, Lord Rochford, is particularly clear. Those of John, Earl of Oxford, and George, Earl of Shrewsbury are also fairly easy to read.

After the Long Gallery, there is a corridor and another room, with seventeenth century weaponry, before a spiral staircase decants you back into the courtyard, by the main entrance.

Surrounding the castle are more gardens, originally laid out by the Astors: the rose garden, and, of particular interest, the herb gardens, divided into sections depending on use – culinary, physic, decking and strewing. 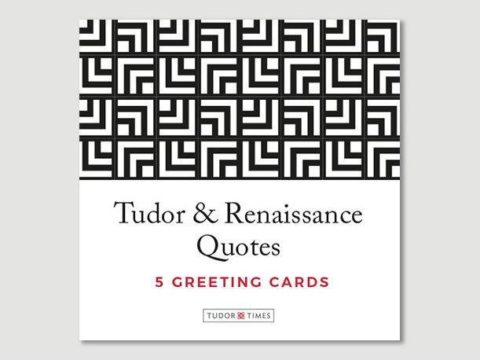