Chapter 5 : The Triumph of the Red Dragon

In 1483, Buckingham’s revolt against Richard III was not supported by Rhys or any other Welshmen, so far as can be ascertained. There was no possibility that Buckingham, an unpopular man, and an Englishman to boot, could be the ‘Mab darogan’ who would rescue the Welsh from their ancient Saxon enemies (it is fair to say that the bards were not a race who believed in forgiving and forgetting past wrongs!).

Richard III rewarded Rhys with new offices and an annuity of 40 marks. He also requested that Rhys’ son be sent to Richard – the word hostage was not used, but the meaning was clear. Rhys declined, informing Richard that nothing could bind him more strongly than his conscience. Either Rhys’ conscience was rather elastic, or he had already sworn to support Henry Tudor.

For the Herberts, the advent of Richard III had led to the disinheritance, and probably death of Lady Herbert’s nephew, Edward V, the shaming of her sister, Queen Elizabeth, who was accused of living in adultery, and the execution of their connection, Sir Thomas Vaughan, Edward V’s chamberlain, in his seventies.

Sir William Herbert, son of Black Will, now Earl of Huntingdon, had been Henry’s companion as a boy, and it appears that Henry agreed that, if he could not marry one of the daughters of Edward IV, he would marry Katherine Herbert, Maud already being married to the Earl of Northumberland. On the other hand, Herbert had received Richard III’s illegitimate daughter, Katherine, as a bride, together with the position of Justiciar of South Wales, so making a decision between the two parties was not easy.

In 1485, all of these strands of conflicting loyalties, family connections, memories of past wrongs, and the desire to regain Welsh autonomy came together to give Henry Tudor a springboard from which he could conquer and take the Crown. During the preceding year, messengers had scurried between Wales, Brittany, and later France, as Henry began his campaign.

On his arrival, Henry hoped to be joined by both Rhys and Huntingdon, but, initially, there was no sign of them and Henry and Jasper kept to the west coast of Wales, rather than crossing into the territories controlled by them. It soon became clear, however, that the Rhys, together with Huntingdon’s brother, was marching in parallel with Henry.

Unable to discern their ultimate intentions, Henry sent men to negotiate, and eventually, on 16th August, 1485, not just Rhys ap Thomas, but a flock of the North Welsh gentry joined Henry. It’s not clear exactly what happened to Walter Herbert, but it appears that none of the Herbert family fought at Bosworth, for either side.

After the Battle of Bosworth, it was claimed, by the bard, Guto’r Glyn, that Rhys himself had killed Richard III, ‘he killed the boar (Richard’s badge was the White Boar of Gloucester), shaved his head.’ The recent forensic investigation of Richard’s remains certainly suggest that among his wounds was a slicing cut along his scalp.

The support of Rhys ap Thomas was a defining factor in Henry’s success and Henry himself made frequent references to his Welsh ancestry, carrying the Red Dragon banner of Cadwallader into battle and showing his arms as supported by the red dragon. He also appointed many Welshmen to his household and to public office, some ninety years after the Penal laws had prohibited the Welsh from holding senior office.

Nevertheless, the advent of the Tudors did not prove to be the panacea that the Welsh bards had hoped for, and, in the Acts of Union of 1536 – 1542, Wales was divided up into shires on the English model with the abolition of the Marcher Lordships.The upside was that the shires could now elect Members to Parliament, but, all public business, including in the law courts, had to be conducted in English, according to English law. The custom of inheritance by all sons was abolished, and the English rule of primogeniture introduced. 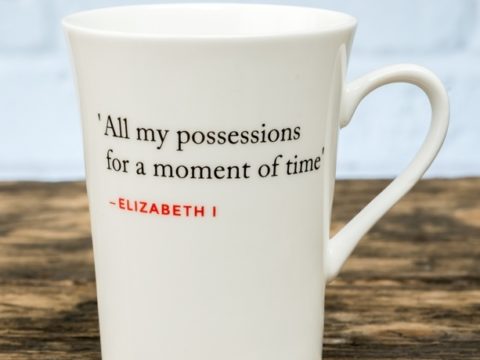